Check Hollywood stars who have had plastic surgery

Posted by Daria in blog

Television, magazines, the Internet ? all of them cultivate the perfect look. We see ideal smiles, perfect hairstyles, impeccable body shape. We look at celebrities thinking that they are so gorgeous and that they have become successful thanks to their unbelievable appearance. However, nothing could be more wrong! Most stars use the benefits of aesthetic medicine and plastic surgery. Properly conducted treatment makes appearance remain natural and it is hard to tell whether or not a plastic surgeon has been involved in the process. Fortunately, we have proof that you can also look incredible. Let’s check the biggest transformations in Hollywood! 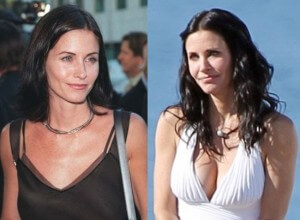 The secret of Courtney’s change is not visible at first glance. She didn’t change anything in her face, but instead decided to enlarge her breasts. This surgery definitely added lovely feminine shapes to her body. What’s more ? the new breasts look totally natural. 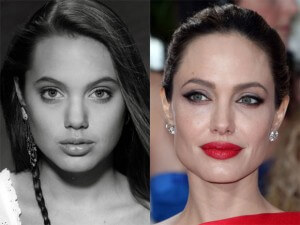 Angelina Jolie is considered one of the most beautiful women in the world. She continuously excels in the ranks for the most desired women on the planet. However, her attention attracting appearance is not a 100% work of nature. When comparing her old pictures to the new ones it becomes clear that the actress corrected the shape of her nose and lifted her cheeks.

Sandra Bullock is another celebrity who decided to change something in her look. Her comeliness has been highlighted by plastic surgery. Sandra decided to make her nose smaller and it was a bull’s eye! The star looks more delicate and her features became more regular. 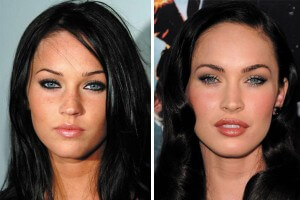 Megan Fox used to be compared to Angelina Jolie and was supposed to become her worthy successor. Her ethereal and somewhat mysterious look make the men’s hearts beat stronger! Did you know that Megan also improved a few things? Her old pictures reveal a nose correction. Specialists also claim that Megan chose cheek augmentation. Implants placed over her cheek bones made her face look more distinct.

This is definitely one of the biggest changes! This is the brightest example of how modern medicine can turn you into a completely new person. After examining the old pictures of Heidi, you will easily see how many surgeries she went through. Eyebrow lifting, nose correction, and liposuction of hips, thighs and botox are just a few points on this list. Anyway, we must admit that after those treatments Heidi looks very good. An ordinary look was turned into an eye-catching appearance of one of the most desired women in the world.

Even though the above mentioned examples show that plastic surgery may be used thoughtfully and bring great results we also feel like we should warn you. The key words are moderation and professionalism. When being in the good hands of an expert in their field you can be sure that small corrections will not only help you feel better, but also will make you look fresh and natural. However, excessive interference conducted by a doctor without reputability may result in a disaster. This is why, when choosing a plastic surgery  clinic, you should remember to trust only the well known places with positive testimonials of satisfied patients.